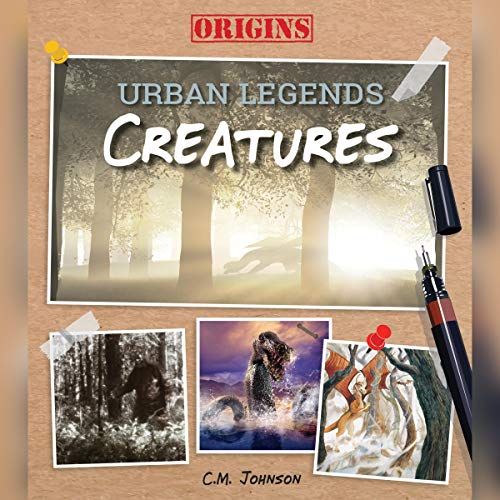 Are they simply myths and legends, or could they be real? Many believe that some stories were invented to increase newspaper sales, while some people insist that they have seen and interacted with the creatures. Listeners will explore the evidence for themselves to separate fact from fiction.

"This volume in the Origins: Urban Legends series offers an impressively evenhanded look at four different beasts of legend. […] Those expecting the usual suspects of Nessie, the Mothman, and the chupacabra are in for a bit of a surprise, with the Snallygaster, Ogopogo, and Jersey Devil rounding out the slate. […] A balanced take that never sacrifices the fun factor." (Daniel Kraus, Booklist)