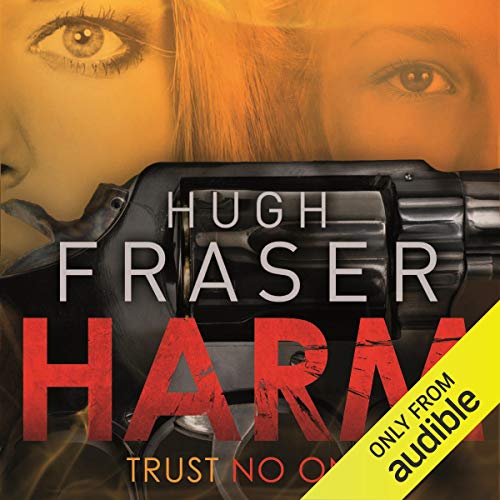 Acapulco, 1974: Rina Walker is on assignment. Just another quick, clean kill. She wakes to discover her employer's severed head on her bedside table and a man with an AK-47 coming through the door of her hotel room. She needs all her skills to neutralise her attacker and escape. After a car chase, she is captured by a Mexican drug boss who exploits her radiant beauty and ruthless expertise to eliminate an inconvenient member of the government.

Notting Hill, 1956: Fifteen-year-old Rina is scavenging and stealing to support her siblings and her alcoholic mother. When a local gangster attacks her younger sister, Rina wreaks violent revenge and murders him. Innocence betrayed, Rina faces the brutality of the postwar London underworld - a world that teaches her the skills she needs to kill....

Hugh Fraser is best known for playing Captain Hastings in Agatha Christie's Poirot and the Duke of Wellington in Sharpe. His films include Patriot Games, 101 Dalmatians, The Draughtsman's Contract and Clint Eastwood's Firefox.

In the theatre he has appeared in Teeth'n'Smiles at the Royal Court and Wyndhams and in several roles with the Royal Shakespeare Company. He has also narrated many of Agatha Christie's novels as audiobooks. Harm is his first novel.