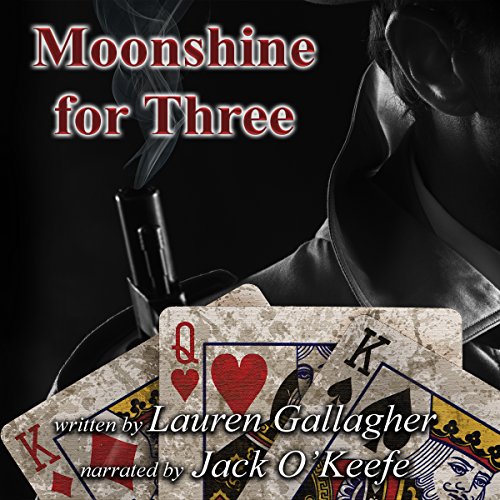 It's November 1932. Prohibition is in full swing, and the California coast is lined with offshore casino boats looking to take advantage of the less restrictive international waters. Among them is the Miss Fortune, and that's where Detective Paul Hansen's headed tonight.

He needs to find Alice Durham because she's his only lead on the whereabouts of one Robbie Parker. Paul is hot on Robbie's trail because the man's a bootlegger and a moonshiner - and Paul's former lover.

He's supposed to be investigating Robbie's illegal doings, but Paul's heart has never quite let go of what they had before, and instead, he wants to warn him that the feds are on to him. Robbie doesn't trust him - why would a moonshiner trust a cop? - but Alice might be able to convince him to listen.

Assuming the three of them actually do any talking....