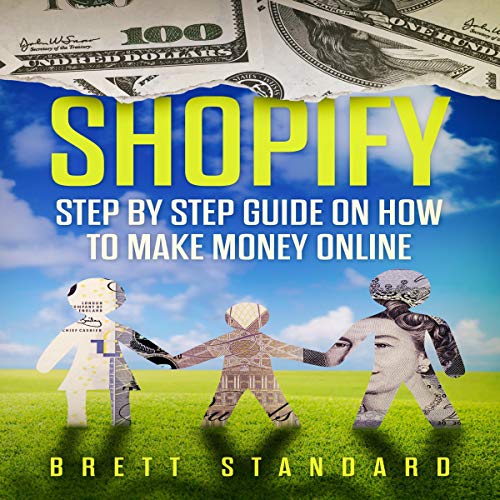 Shopify: Step by Step Guide on How to Make Money Online

Tired of watching YouTube videos rehashing the same advice about Shopify dropshipping? If you're sick of inflated income claims and fake revenue screenshots, then you're going to benefit from this guide.

You're watching your favorite videos on YouTube one day and a video ad pops up where a 20-something-year-old kid talks about how to make money online while talking about his (rented) Lamborghini in his (rented) condo or mansion. He explains how he made a boatload of cash with something called "dropshipping" and tells you can do the same if you only buy his ridiculously overpriced course.

Between the cool video, the Lamborghini, and the mansion, it's difficult not to say yes. After all, who doesn't want a better life? So you whip out your credit card and buy the course. Excitedly, put everything into action and launch your store. And then after a week...

After two months of spending thousands on ads for a few measly bucks, you're ready to throw in the towel and put this entire "dropshipping stuff" in the scam basket.

If this sounds like you, don't give up yet. Even if you haven't heard of Shopify dropshipping before, you'll know more than enough to start making money with dropshipping.

Here's what you're going to learn in Shopify: Step by Step Guide on How to Make Money Online:

Look, you can find all the information you need for free online, but what would it be worth to you if you could avoid stupid mistakes most dropshippers make? If you could save precious time scouring the web trying to sift wheat from chaff? Will it be worth a few bucks for an audiobook that tells you everything you need to know about dropshipping?

Scroll up and click the link to buy now!