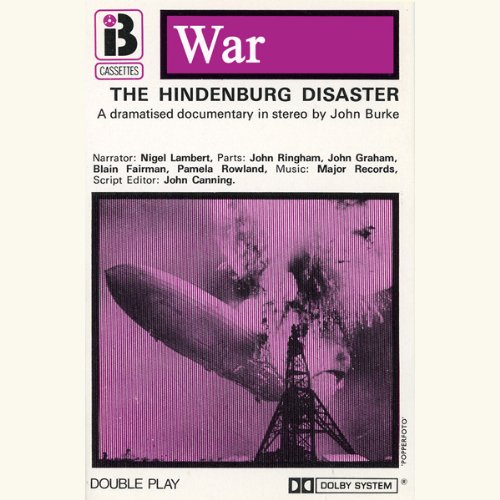 How did a German airship, the pride of the Third Reich, equipped as a flying five-star hotel, burst into flames before landing in New Jersey and being destroyed in less than a minute? Was it sabotage or an accident waiting to happen? This fascinating programme reconstructs the event and the subsequent investigation.
©1976 John Burke (P)1976 Ivan and Inge Berg
Historia
Más Menos

Nigel Lambert, John Ringham, and John Graham contribute nuanced and compelling performances to this historical dramatization, written by John Burke, which constructs with careful attention to detail a rich depiction of the circumstances surrounding the shocking and nearly instantaneous destruction of the infamous commercial German airship the Hindenburg, in 1937.

W2 The Hindenburg Disaster contains a combination of straight narration and skilled reenactment, with actors bringing life to a variety of roles including those of terrified and distraught onlookers. This production has been intricately and effectively arranged and produced, and contains much of interest to amateur historians and air travel enthusiasts alike.