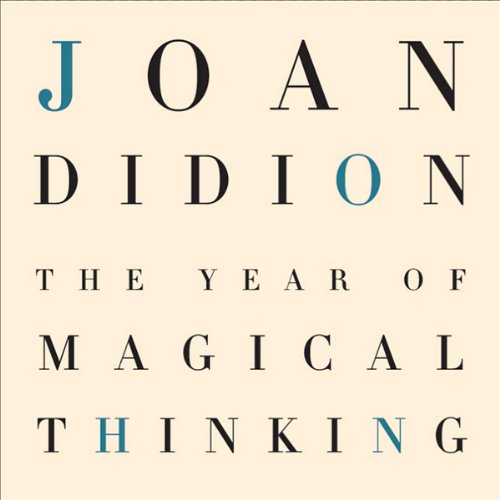 The Year of Magical Thinking

"Life changes fast....You sit down to dinner and life as you know it ends." These were among the first words Joan Didion wrote in January 2004. Her daughter was lying unconscious in an intensive care unit, a victim of pneumonia and septic shock. Her husband, John Gregory Dunne, was dead. The night before New Year's Eve, while they were sitting down to dinner, he suffered a massive and fatal coronary. The two had lived and worked side by side for nearly 40 years.

The weeks and months that followed "cut loose any fixed idea I had about death, about illness, about probability and luck...about marriage and children and memory...about the shallowness of sanity, about life itself."

In The Year of Magical Thinking, Didion explores with electric honesty and passion a private yet universal experience. Her portrait of a marriage, and a life, in good times and bad, will speak directly to anyone who has ever loved a husband, a wife, or a child.

"Many will greet this taut, clear-eyed memoir of grief as a long-awaited return to the terrain of Didion's venerated, increasingly rare personal essays....This is an indispensable addition to Didion's body of work and a lyrical, disciplined entry in the annals of mourning literature." (Publishers Weekly)
"The Year of Magical Thinking is not a downer. On the contrary. Though the material is literally terrible, the writing is exhilarating and what unfolds resembles an adventure narrative." (The New York Times)