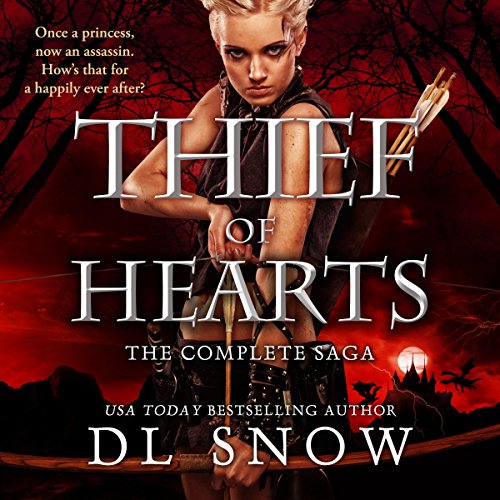 Wanted: Perhaps time and distance are the best antidotes for a vengeful heart. Nope, that's a lie. The pig must die.

Happily ever after? Zaina doesn't believe in it. Now revenge on the other hand...

All she has to do is: cut her hair, dress up as a boy, call herself Little John, join the traveling circus, guard her soul against the evil sorceress, battle dragons and avoid the lethal tip of the mysterious Lord Hood's blade. It's perfectly easy. Oh, but don't forget the potion, the one that's intended for the villain who ruined her. It ends up in the wrong hands, causing everyone to fall in love with her except the one she desires most.

If there is one thing Lord Hood is good at, it's sniffing out a lie. And the newest member of his troupe, the lad Little John, is lying about something. Hood just has to figure out what. In the meantime, he will continue to steal from the rich and give to the poor and evade the bounty hunters who pursue him. For one day soon he will return home to avenge the murder of his betrothed and perhaps that will ease the dark stain upon his heart.

Unmasked: How could Zaina have made such a horrible mistake? Lord Hood, her good and noble master, hovers between life and death because of Zaina's betrayal. In order to save him, she must make a deal with a scale-covered-dragon-wielding witch - a potion to heal Hood in exchange for a vow to assassinate a king. However Zaina may never get the chance to fulfill her mercenary task, for once Hood awakes - healed by black magic - darkness festers inside his soul and Zaina finds herself on the wrong end of the sharp tip of his sword. Not only is she fighting for her life, she must continue to keep her true identity a secret, no matter what her feelings are for Hood. If anyone should find out who she truly is, all those she loves will find themselves at the mercy of a horde of merciless dragons.

Avenged: Once a princess, now an assassin. How's that for a happily ever after? Heartbroken and disguised once more as Little John, vengeance is Zaina's whether she wants it or not. But in order to fulfill her oath to the dragon-wielding witch, she must infiltrate the court of Lorentia, which is no easy feat because she is not the only one hell-bent on revenge. There's the witch and her brother, a sheriff, a companion, a dragon-slaying queen and a horde of dragons. And then there's Lord Hood. He's controlled by black magic and is the most dangerous one of them all. Even if she can overcome these obstacles, Zaina is left with only one choice. She must kill an innocent king if she hopes to save the man she loves.