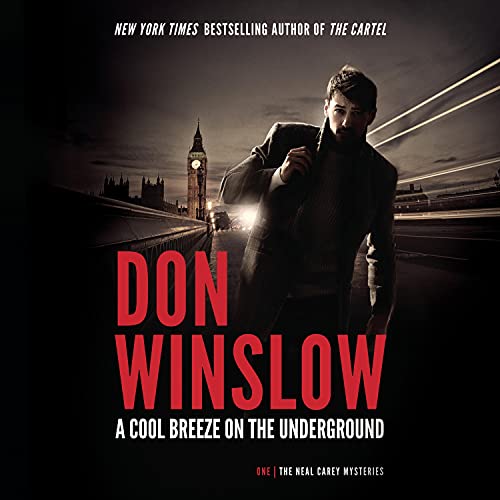 A Cool Breeze on the Underground

Neal Carey is not your usual private eye. A graduate student at Columbia University, he grew up on the streets of New York, usually on the wrong side of the law. Then he met a PI who introduced him to the Bank, an exclusive institution with a sideline in keeping its wealthy clients happy and out of trouble. They pay Neal’s college tuition, and Neal gets an education that can’t be found in any textbook, from learning how to trail a suspect to mastering the proper way to search a room.

Now it’s payback time. The Bank wants Neal to put his skills to work in finding Allie Chase, the rebellious teenage daughter of a prominent senator. The problem is that she’s gone underground in the London punk scene. To get her back, Neal has to follow her into a violent netherworld where drugs run rampant and rage is the name of the game.

"A fresh voice, immensely likeable....Winslow shows he's got what it takes to hook a reader....Where he goes next with Neal is anyone's guess, but it's bound to be a great ride." (Mystery Scene)
"A flair for language, quick wit, and detail complete a winning first novel." (Library Journal)
"Winslow keeps his plot moving quickly despite many twists and turns." (Pittsburgh Press)