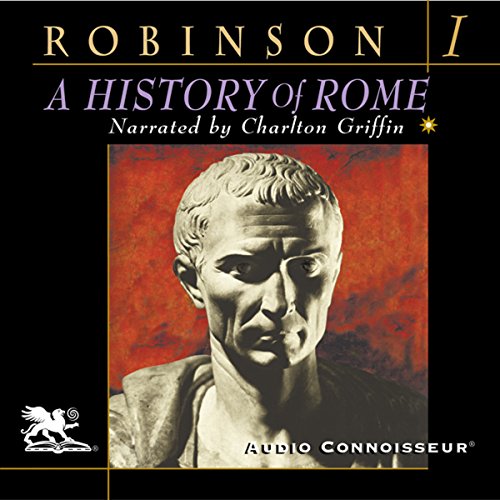 A History of Rome, Volume 1

A History of Rome is the story of a tiny market town on the Tiber, its rise to world domination, and then its slow, terrible plunge to utter ruin. It is the single greatest event in all human history. Discover the fascinating origin of Rome and its mysterious Etruscan connections, its first faltering steps toward republican government, and its methodical subjugation of surrounding tribes. Slowly, the puritanical Roman Republic asserts control over all of Italy and in the process forges a political unity which proves enduring. That unity is sorely tested as Rome comes into conflict with Carthage and Hannibal, a horrifying ordeal which alters world history for all time. A resurgent Rome is next drawn into the intrigues of the eastern Mediterranean, finally conquering the Greek speaking world...only to end up surrendering itself to a seductive, decadent Hellenistic culture. A century of politcal tension and civil strife ensues. Follow the rise of powerful men like the brothers Tiberius and Caius Gracchus, Marius, Sulla, Pompey, Cicero and the greatest Roman of them all - Julius Caesar.