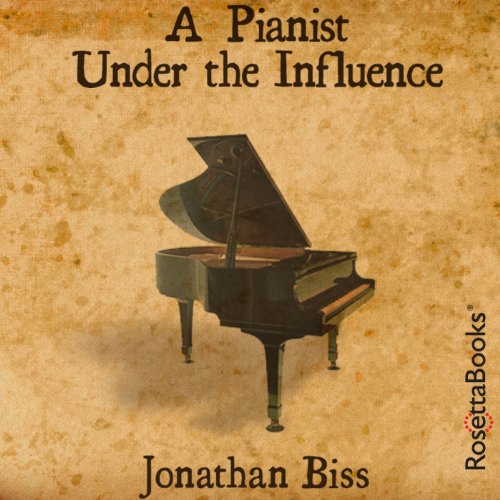 A Pianist Under the Influence

"Most of what I know about myself, I have learned from playing Schumann.” (Jonathan Biss)

World-famous pianist Jonathan Biss has had a special relationship with composer Robert Schumann since he was a child. Avoiding traditional biography and dense musical criticism, Biss writes a moving tribute to one of the most vulnerable composers in classical music history in his second Kindle Single: A Pianist Under the Influence. Biss's first Kindle Single, Beethoven's Shadow, has been a best seller on Amazon since its release, in December 2011.

A Pianist Under the Influence reflects on Biss' lifelong, intense, multilayered relationship with the composer's music and historical treatment. As Biss writes from the unique position of performer, scholar, and fan, his work is both a personal and professional love letter to the 19th-century composer.

An engaging listen for anyone interested in the creative process, it also includes a guide for listeners who wish to delve further into the material. A Pianist Under the Influence is an important aspect of Biss' 2012-2013 focus on Schumann, during which Biss and several hand-picked collaborators will perform Schumann's work; music by his notable influences such as Beethoven, Schubert, and Purcell; and selections from his long list of successors ranging from Berg and Jancek to 26-year-old composer Timothy Andres. At the core of the project is four sets of concerts, curated by Biss, including series at Wigmore Hall, the Concertgebouw, Carnegie Hall, and San Francisco Performances.

"A Pianist Under the Influence" is a love letter by Jonathan Biss to the legendary composer John Schumann. Biss is able to praise the composer in a way that even casual music appreciators will be able to understand. In over 90 minutes of musing and music, Jeff Woodman eloquently performs Biss' thesis on the countless wonders of Schumann's unique style. Combined with stunning actual recordings of Schumann's work, Woodman is able to bring to life the music in Biss' words, as well.