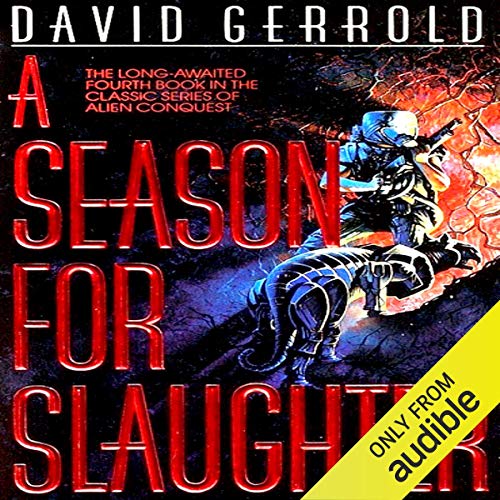 A Season for Slaughter

Here at last is the eagerly awaited fourth book in David Gerrold's classic and gripping series of alien domination - the story of humanity's courageous struggle for survival against the greatest threat Earth has ever known.

As the tenacious invaders remake Earth's violated surface, transforming its flora and fauna into a replica of their own terrifying home world, a handful of scientists, soldiers, and citizens prepare to fight back - hoping it isn't already too late. In Mexico, a dead Chtorr leads to a stunning discovery about the aliens. At the same time, a military-scientific expedition deep into the heart of the Brazilian jungle uncovers another surprise: a massive hivelike city where the aliens have embarked on the next step in their remorseless campaign to transform humanity.