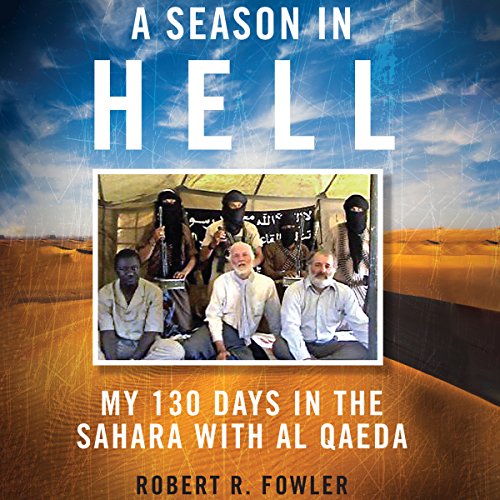 A Season in Hell

For decades, Robert R. Fowler was a dominant force in Canadian foreign affairs. In one heart-stopping minute, all of that changed. On December 14, 2008, Fowler, acting as the UN Secretary General's Special Envoy to Niger, was kidnapped by Al Qaeda, becoming the highest-ranked UN official ever held captive. Along with his colleague Louis Guay, Fowler lived, slept, and ate with his captors for nearly five months, gaining rare first-hand insight into the motivations of the world's most feared terror group. Fowler's capture, release, and subsequent media appearances have helped shed new light on foreign policy and security issues as we enter the second decade of the "War on Terror."

A Season in Hell is Fowler's compelling story of his captivity, told in his own words, but it is also a startlingly frank discussion about the state of a world redefined by clashing civilizations.

"Narrator David H. Lawrence's fine delivery takes listeners behind today's headlines. Fowler, a Canadian diplomat and U.N. envoy, and his colleague, Louis Guay, were kidnapped in 2008 by Al Qaeda in Niger and then moved to Mali. Fowler's back was badly injured, food was scarce, and he worried about drinking the water. Lawrence vividly recounts Fowler's descriptions of the desert, his abductors, and his fear. He does an outstanding job with the many accents and personalities of the principal characters and differentiates the terrorists - some fairly reasonable and others cruel. It's moving to hear how Fowler and Guay support each other, with Fowler noting that many hostages had worse conditions, often going it alone. He concludes with a summary of thoughtful suggestions for peace in the future." (AudioFile Magazine)