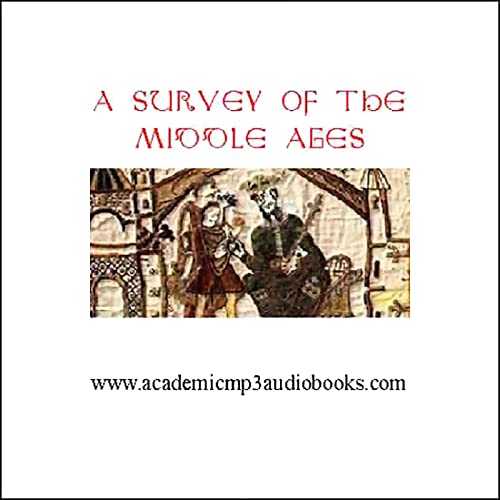 The Eastern Empire becomes Byzantine, Mohammedanism transforms culture in large parts of the West; Europe expands through the Crusades; marauding Vikings settle down in their permanent dwelling places; and feudal society takes definite shape. Meet the popes, peasants, lords, and ladies of the Middle Ages.

This book also includes a special one-hour lecture, "Music of the Middle Ages".