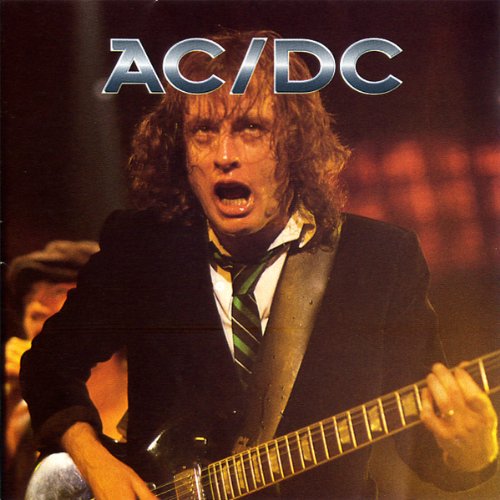 AC/DC are the number-one Heavy Metal band. Formed in Australia in 1974, by the Young brothers Angus and Malcolm, their family was from Glasgow, Scotland. The original line up consisted of Angus, Malcolm, drummer Phil Rudd, vocalist Bon Scott and bassist Mark Evans, who was replaced by Cliff Williams from Romford, England. When original lead singer Bon Scott died in the early 80's, the group overcame that bombshell by appointing British singer Brian Johnson and the result was a number one album, Black in Black, and the rest is history.

This collection of unique interviews is not a music release of the band or their record company, but an audiobiography, recorded in Manchester, UK. Due to the nature of these recordings, sound quality may vary. However, be prepared for intimate and exclusive details on the artists' personal life, tours, and career development. A must for the fan, music buff and collector.

For hard-rockers AC/DC, the '80s kicked off with a whirlwind of tragedy and triumph. Mere months after singer Bon Scott's tragic death, the high-voltage Aussies found themselves reaching new heights of success behind the multi-platinum Back in Black album. Conducted in the early 1980s, this trio of interviews finds the band in its natural element - whether it's backstage at the Apollo Theatre, a cozy Manchester pub, or front man Brian Johnson's living room - and proves that success hasn't changed these working class lads. With wry good humor, Johnson and guitarist Angus Young weigh in on such wide-ranging topics as Scott's untimely passing, the band's sensational media image, and their newfound fame and fortune.