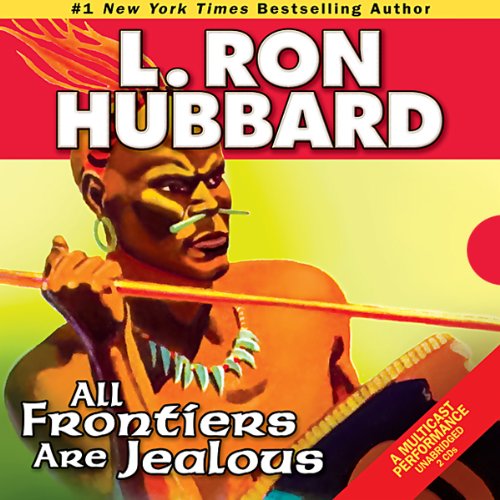 All Frontiers Are Jealous

A charming rogue, Dan Courtney is learning fast that it takes more than a little charm to lay the groundwork for a railroad. Particularly when the plan is to build it across some of the roughest and most dangerous territory on earth.

Courtney's been hired to survey the land that would link up the Uganda Railway to the Anglo-Egyptian railroad. Running through desert, jungle and mountains, this is one line—and story—with more twists and turns than the New York City subway system.

Diamond smugglers. A fearsome native tribe. A beautiful young American woman ... and a man determined to kill her. Put them all together and you've got a world where All Frontiers Are Jealous. It's up to Courtney to tame those frontiers—take on the tribe, save the woman, and save the future of the railroad ... before his blood ends up on the tracks.

"The natives are restless, the chase is on, and All Frontiers Are Jealous as the audio version is your ticket to adventure in a land as spectacular as it is forbidding." —Gil Wilson