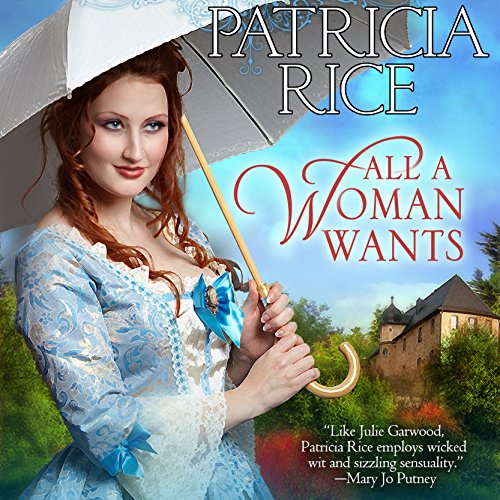 All a Woman Wants

"Mac" MacTavish impulsively steals his late sister's neglected children, only to discover it's easier to handle a clipper in a hurricane than steer two ornery brats. What he needs is a nanny until he can take the children back to his parents in America.

Knowing herself to be too plain and large to attract a husband, Bea Cavendish has settled for a quiet life of feathering her father's nest - until he dies, and she's left with an estate she doesn't know how to manage. Alone and terrified, she doesn't know what to make of the very big, very angry man appearing at her door with two adorable hooligans in tow.

Does she take in this ill-tempered stranger and his children in exchange for learning what she needs to know? Or is she in danger that this recklessly ambitious man might teach her more about life than which fields to plant?