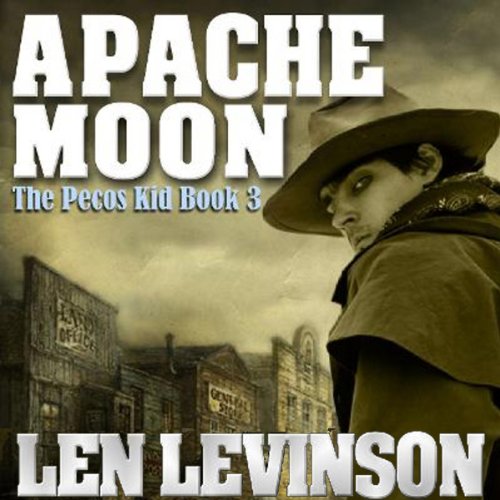 Everyone in town says Braddock is innocent. Two men are dead at the Bar-T Ranch - a clear case of self-defense. But an angry Army officer has personal reasons for pressing charges and Braddock is on the run, headed for Mexico with marriage on his mind and high-spirited Phyllis at his side.

Between Mexico and freedom lays treacherous Apache land. It could spell cruel death. For Braddock, it becomes a haven - a place to discover a priceless piece of his heritage. But a relentless sense of duty and a fat bounty to bring Phyllis home spur Marshall Dan Stowe on to smoke the Pecos Kid out. And before he knows it, Braddock is alone, riding for the border and a shootout that will brand him an outlaw forever - or leave him stone-cold dead.

When wrongly accused of murder, the Pecos Kid must go on the lam and he takes his young bride-to-be with him. The kid was blessed or cursed with a quick hand depending on how you look at it and his girl was no greenhorn herself, but stopping in Apache country and with a federal Marshall on their trail they had a rough trail ahead of them until they were safely over the border. Fred Berman performs this tale with a voice that sounds like its spun a few yarns around dusty desert campfires. He sets the tone of a lonesome cowboy reciting an old trail story; a story of lawmen, cowboys and Apaches, exciting struggles and tense standoffs that’ll whet your appetite like a cold glass of whiskey on a hot, dry day.