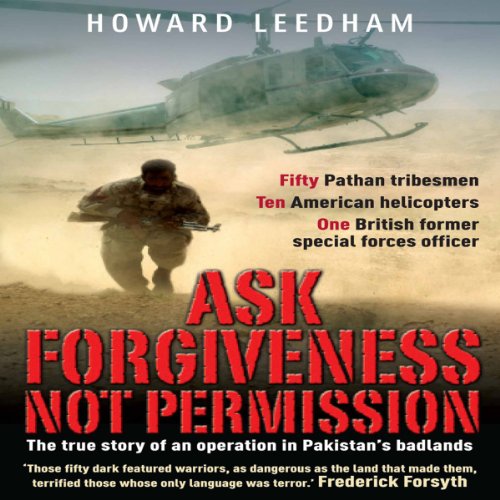 We need someone with the British mentality to get it done. You Brits are great at what you do. The only problem is that I know when I unleash you I’m going to get a lot more than I ever bargained for’ said the US State Department official who hired Howard Leedham, a former British special forces officer living in America.

The task was to energise and lead an American sponsored border security program on the Pakistan side of the Afghan border... And they did get much more than they bargained for.

The hitherto unknown story that Howard Leedham has to tell could have come from the Northwest Frontier of Rudyard Kipling’s time...The year described in these pages cost him his marriage and (several times) almost his life... Somehow it happened. Somehow, on a shoestring, the helicopter-borne, night fighting intervention force began to frighten the black turbans out of the Taliban, Al Qaeda and opium barons...And his Pathans...

Those fifty dark featured, tough, lean, hard warriors, as dangerous as the land that made them...for a few months led by an infidel Britisher, they terrified those whose only language was terror. Kipling would have loved them.