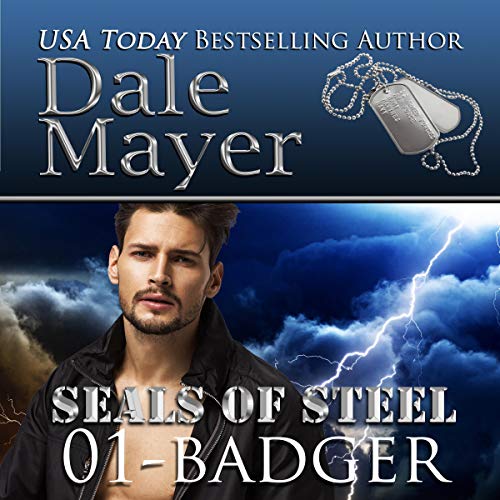 When Badger Horley, a SEAL, and the rest of his eight-man unit hit an antitank landmine on a routine reconnaissance mission, all were badly injured, but one of his men died. Having only joined a year before, he'd been the youngest member of the squad. Mouse left behind unanswered questions about his life...along with seven team members who aim to see that his tragic death is brought home to those responsible.

Badger's path back to health is a long and difficult one, but revenge drives him out of bed every single day of his life. Someone modified orders the morning of the incident, sending his unit straight over that landmine. At the time the altered route had been given to him, he'd been curious but not unduly concerned. What happened to his squad has brought unwavering clarity: Those last-minute changes and the explosion that shattered his team were deliberate - and he means to catch the perpetrator if it's the last thing he ever does.

Kat Greenwald watches the man she's falling in love with fester a little more each time they're together. Refusing to give himself time to heal, not surprisingly he hasn't taken to his prosthetic well. As a prosthetic designer, she's dealt with men and women in endless physical and emotional states. Badger is different. He's driven, determined and deadly, but she can't help her feelings despite the negatives. She's hooked on a man whose sole concern seems to be in getting retribution for the incident that left his team in shards...while all she wants is a future happily-ever-after with him. But when her life explodes, and she's kidnapped, it's Badger who steps in to save her....

Still, Kat has a long road ahead of her to convince Badger a life filled with love is always preferable to answers that can only be gained at the risk of dying to get them.

Author note: For your listening pleasure, this series must be listened to in order.