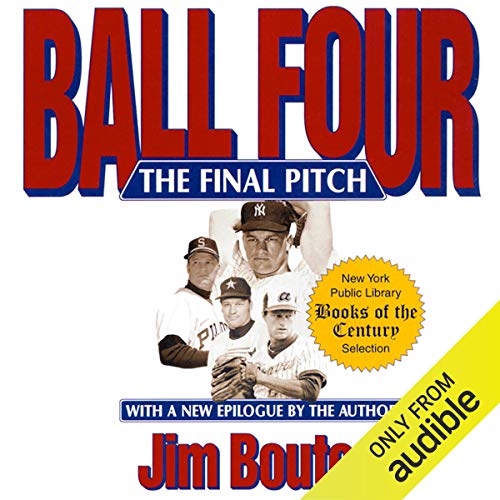 Ball Four: The Final Pitch is the original book plus all the updates, unlike the 20th Anniversary Edition paperback.

When Ball Four was published in 1970, it created a firestorm. Bouton was called a Judas, a Benedict Arnold and a “social leper” for having violated the “sanctity of the clubhouse.” Baseball commissioner Bowie Kuhn tried to force Bouton to sign a statement saying the book wasn’t true. Ballplayers, most of whom hadn’t read it, denounced the book. It was even banned by a few libraries.

Almost everyone else, however, loved Ball Four. Fans liked discovering that athletes were real people--often wildly funny people. Many readers said it gave them strength to get through a difficult period in their lives. Serious critics called it an important document.

David Halberstam, who won a Pulitzer for his reporting on Vietnam, wrote a piece in Harper’s that said of Bouton: “He has written… a book deep in the American vein, so deep in fact that it is by no means a sports book.”

In 1999 Ball Four was selected by the New York Public Library as one of the “Books of the Century.” And Time magazine chose it as one of the "100 Greatest Non-Fiction" books.

Besides changing the image of athletes, the book played a role in the economic revolution in pro sports. In 1975, Ball Four was accepted as legal evidence against the owners at the arbitration hearing, which lead to free agency in baseball and, by extension, to other sports.

Today Ball Four has taken on another role--as a time capsule of life in the 60s. "It is not just a diary of Bouton's 1969 season with the Seattle Pilots and Houston Astros," says sportswriter Jim Caple. "It's a vibrant, funny, telling history of an era that seems even further away than four decades. To call it simply a "tell all book" is like describing The Grapes of Wrath as a book about harvesting peaches in California."

"A book deep in the American vein, so deep in fact it is by no means a sports book." (David Halberstam)
" Ball Four is a people book, not just a baseball book." ( The New York Times)
" Ball Four is out in a new e-book edition, available on Kindle. It also is available as an audio book, read by Bouton himself, through audible.com. The only thing better than reading Ball Four again might be listening to Bouton read it to you." (R. A. Dickey, columnist and senior writer for ESPN.com.)