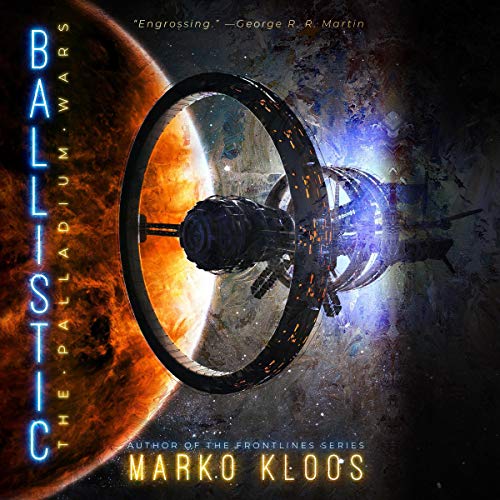 "I gulped down Ballistic in one long read, staying awake half the night, and now I want the next one!" (George R. R. Martin)

There is a personal price to pay for having aligned with the wrong side in a reckless war. For Aden Jansen it's the need to adopt a new identity while keeping his past hidden. Now he's integrated himself aboard the Zephyr, a merchant ship smuggling critical goods through dangerous space. But danger is imminent on planet Gretia, as well. Under occupation, torn between postwar reformers and loyalists, it's a polestar for civil unrest.

Meanwhile an occupation forces officer is pulled right back into the fray when the battle alarm is raised, an ambitious heiress is entangled in a subversive political conspiracy, and an Allied captain is about to meet the enemy head-on.

As Aden discovers, the insurgents on Gretia - and in space - are connected, organized, and ready to break into full-scale rebellion. History is threatening to repeat itself. It's time that Aden rediscovers who he is, whom he can trust, and what he must fight for now.