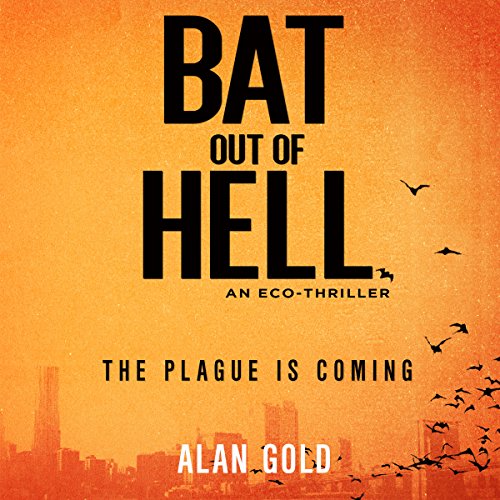 Bat out of Hell

From the jungles of Indonesia to the very heart of New York City comes a plague that kills 100 percent of its victims. Medicine's greatest nightmare, this modern Black Death is caused by the most virulent and uncontrollable mutant virus humanity has ever witnessed. And medicine can do nothing to stop its merciless spread.

Scientist Debra Hart and her team of experts are tasked by the United Nations to stop the disease. Racing against time, they must find the cause and the cure and figure out why this deadly disease - spread by bats - is killing thousands in cities across the globe. Debra and her team will struggle to stop the disease from spreading to millions more, even if it means killing off every bat alive.

But fighting to prevent her are manic animal rights' activists who rail against species genocide, even if it means risking the deaths of human beings. And hidden behind a cloak of secrecy is a crazed academic who'll even kill top American government officials to save one living creature. This is the nightmare scenario that Debra faces as the public becomes so terrified of bats that entire communities become vigilantes.