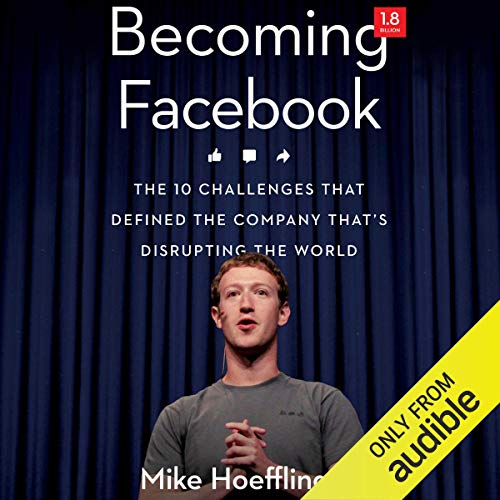 Facebook's founding is legend: In a Harvard dorm, wunderkind Mark Zuckerberg invented a new way to connect with friends...and the rest is history. But for the people who actually molded this great idea into a game-changing $300 billion company, the experience was far more tumultuous and uncertain than we might expect.

Mike Hoefflinger was one of those Facebook insiders. As a computer engineer turned marketing innovator who worked with COO Sheryl Sandberg, Hoefflinger had a front-row seat to the company's growing pains, stumbles, and reinventions.

Becoming Facebook tells the coming-of-age story of the now venerable giant. Filled with insights and anecdotes from crises averted and challenges solved, the book tracks the company's development, uncovering lessons learned on its way to greatness:

Intimate, fast paced, and deeply informative, Becoming Facebook shares the true story of how Zuckerberg joined the ranks of iconic CEOs like Steve Jobs, Larry Page, and Jeff Bezos - as Facebook grows up, overcomes setbacks, and works to connect the world.