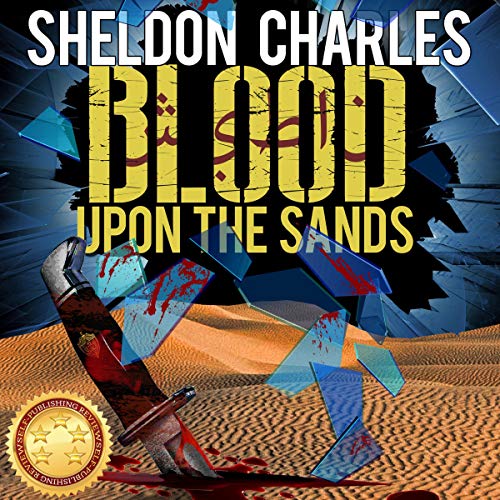 Blood Upon the Sands

Against the bloody backdrop of a country simmering with racial tension, friendships are tested, beliefs are tried, and the prejudices of years are challenged...Unaware of the inner turmoil of Kuwait, Evan Davis enters as an employee of Al Hakim, a benevolent Kuwaiti horse-breeder, hired to change the country’s perception on the world’s stage.

But all is not what it seems - when documents detailing the atrocities done to the Bedoon are thrust into Evan’s hands anonymously, he is forced to act. But wherever he turns mysteries and secrets abound.

An unknown third party has hired an ex-KGB assassin and former Siberian Rime agent, Maksim Bondreovich, to sow discontent within the population, splitting its racial groups, casting a red haze of terrible bloodshed with a final, lethal objective - the expulsion of an entire class of people.

Can Evan open his employer’s eyes to the racial tensions which are boiling over in his own beloved country? Will the assassin succeed in his heinous objective? Moreover, will those behind it all stay hidden or will they be brought to justice?

It all comes to a breath-taking head in a climactic and tension-fraught assault on the Hotel Sultana. Will Maksim’s succeed in his heinous plot and paint the Kuat Zurqa’, the Hotel’s 15 story wall of blue glass, red with blood, or will the truth be revealed in time?

A suspenseful thriller that will keep you nailed to the edge of your seats, Sheldon Charles weaves a masterful tale centered in real-world history and based on the current situation of Kuwait’s Bedoon population.