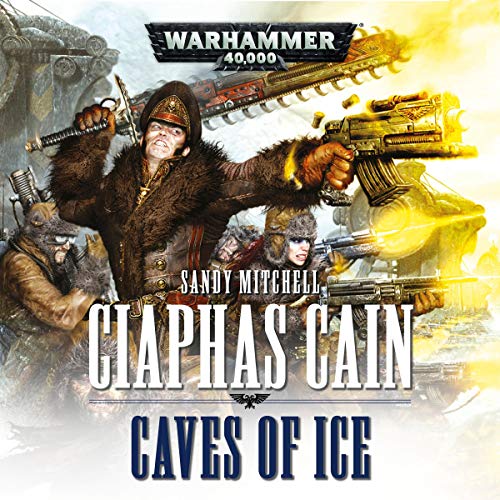 Book 2 of the Ciaphas Cain series.

When Commissar Ciaphas Cain and his regiment of Valhallan Guardsmen are deployed to the ice world of Simia Orichalcae, his expectation of an uneventful tour of duty is suddenly interrupted.

While his Valhallan regiment are happy on an ice world, Cain's biggest concern is freezing to death...until orks start attacking, and then an ancient threat emerges from the depths. Stuck between two enemies, Cain needs to stop playing the hero and actually be one.

On the ice world of Simia Orichalcae a spate of mysterious disappearances is causing unrest amongst the mine workers, and, as senior officer of the Astra Militarum, Commissar Ciaphas Cain is nominated to investigate. Unbeknownst to him, the planet is right in the path of a major ork incursion, and, as the savage greenskins attack, a malevolent evil begins to stir deep in the ice caves.