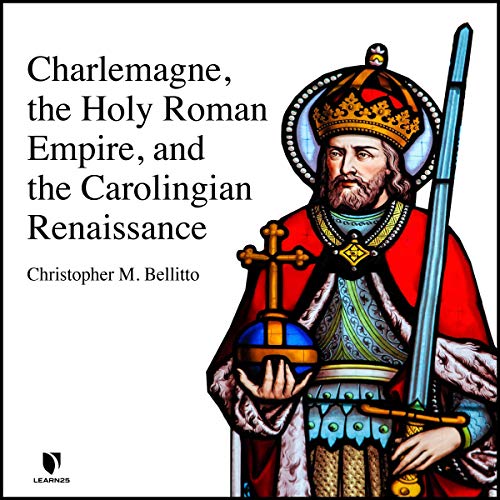 Charlemagne, the Holy Roman Empire, and the Carolingian Renaissance

Join one of Learn25’s greatest history professors in exploring the fascinating life and legacy of Charles the Great (Charlemagne). From 768 to 814, Charlemagne ruled much of Western Europe and has been called the “father of Europe.”

Through this captivating course, you will explore several vital themes of his long reign that still resonate in the modern era. For example, the relationship between church and state is a powerful thread stitching the medieval era to modern history. You can follow it back to its inception in the Holy Roman Empire.

You will begin this series by unpacking the long history of theocracy outside of Christianity before moving into the often fraught relationship between pope and prince. You’ll gain historical context by first exploring the legacy of the Roman emperor Constantine and then trace how Christianity converted Europe in the early Middle Ages.

Next, you’ll turn to the transformation Charlemagne attempted by around 800, when he was crowned Holy Roman Emperor. Charlemagne regulated the Carolingian Empire using the Roman imperial structure, setting the stage for tremendous power struggles in the centuries to come. As you journey through medieval, reformation, and modern European history, you’ll discover the transformative impact of the Carolingian Renaissance on writing, art, and university learning.

This course is part of the Learn25 collection.