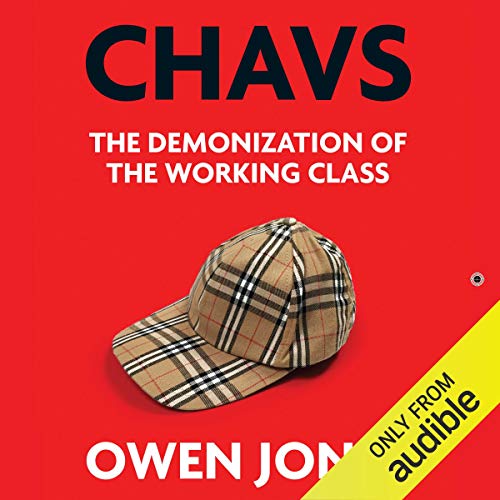 In modern Britain, the working class has become an object of fear and ridicule. From Little Britain's Vicky Pollard to the demonization of Jade Goody, media and politicians alike dismiss as feckless, criminalized and ignorant a vast, underprivileged swathe of society whose members have become stereotyped by one, hate-filled word: chavs. In this acclaimed investigation, Owen Jones explores how the working class has gone from 'salt of the earth' to 'scum of the earth.' Exposing the ignorance and prejudice at the heart of the chav caricature, he portrays a far more complex reality. The chav stereotype, he argues, is used by governments as a convenient fig leaf to avoid genuine engagement with social and economic problems and to justify widening inequality. When Chavs was first published in 2011 it opened up the discussion of class in Britain. Then, in the public debate after the riots of that summer, Owen Jones's thesis was proved right - the working class were the scapegoats for everything that was wrong with Britain. This new edition includes a new chapter, reflecting on the overwhelming response to the book and the situation in Britain today.