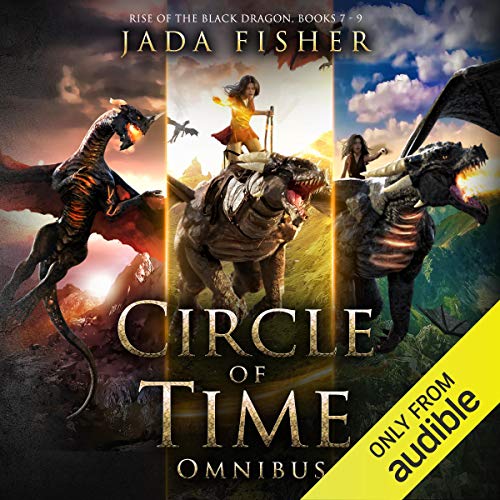 A battle that has raged since the beginning of time is set to destroy the world.

The conclusion of the epic dragon-riding adventure from Jada Fisher, author of the popular Brindle Dragon series.

The old gods have returned, and the world will never be the same again. Of course, that won’t stop people from trying to wake an old evil and throw the world back into chaos. The only way to stop it is for Ukrah and her friends to unite every spirit and vessel and fight back. And it looks like that plan just might work. Until a devastating betrayal threatens to end them all.

The Circle of Time Omnibus contains the last three books in the Rise of the Black Dragon series, which follows the story of a young girl blessed - and cursed - with a magic she doesn't understand and a dragon who will save - or destroy - the world.

Stories included: Betrayed, Ripped Through Time, and Circle of Time

Download the Circle of Time Omnibus and finish this epic adventure today!