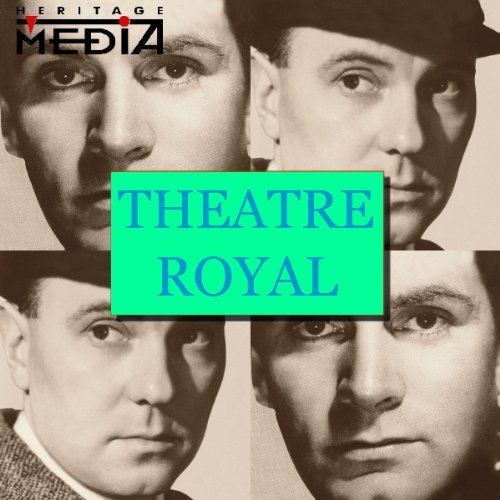 Fully restored and remastered, Heritage Media presents the greatest of vintage artists in classic dramas from English and Scottish Literature. Here is the legendary Ralph Richardson starring in ‘My Adventure in Norfolk’, adapted from the original tale by A. J. Alan, and John Mills starring in 'The Kite', adapted from the original tale by Somerset Maugham.

Theatre Royal is a unique series of classic radio dramas produced in the 1950s by the late Harry Alan Towers. Starring the leading theatre artists of the day, it is the only series of radio dramas in which Laurence Olivier ever appeared. He was joined by Ralph Richardson, John Gielgud, Orson Welles, Robert Morley, John Mills, Michael Redgrave, Trevor Howard, Robert Donut, Alec Guinness and Margaret Lockwood.

Over the Years, Theatre Royal has received a glittering array of accolades, including: “vivid, tense, and compressed.”( Classic radio)

“Great fun to listen to and, as radio history, they are unsurpassed.” (Sunday Telegraph)

“A must for archive fans. The excitement of vintage radio drama with strong storylines.” (Radio Times.)

A one-of-a-kind series of classic radio dramas from English and Scottish literature, Theatre Royal has been praised for its craft and excellence. This fully-restored and remastered edition features two of Britain’s greatest actors, Ralph Richardson and John Mills. Performing with an anecdotal flair, Richardson uses his plummy-voiced charm to wonderful effect in an adaptation of A. J. Alan's good-humored story about a brush with the supernatural. In the second drama, Mills' deliberate performance stresses the psychological implications of "The Kite", based on W. Somerset Maugham’s story about a man’s obsession with kite flying.