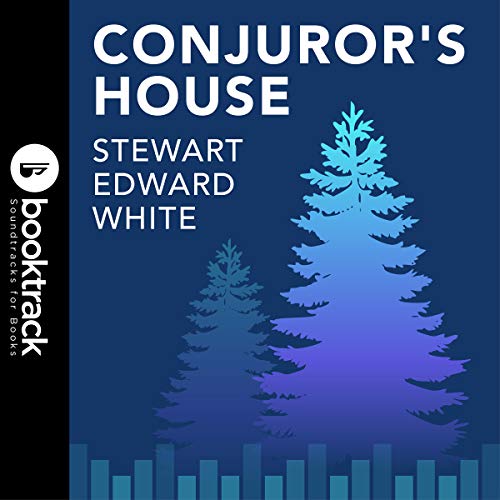 Listen to Conjuror's House with a movie-style soundtrack and amplify your audiobook experience.

In the northern outreaches of the Canadian wilderness, it was understood that the Hudson Bay Company governed all trading, and one factor named Galen Albret took his position seriously. Free traders, or those who dared try to do their trading outside of the Company, found themselves having to face Galen Albret and his methods of dealing with them. One or two offenses he might tolerate, but for those who repeatedly refuse to acknowledge his warning out, he would send them on “La Longue Traverse” through the wilderness without supplies, and from which they seldom returned.

Ned Trent was one such free trader who defied both the Company and Galen Albret. The defining difference between Ned and the other free traders however, was his youth, energy, and good looks, which the Factor’s daughter did not fail to recognize. What follows the initial confrontations between Ned, Galen Albret, and his daughter Virginia makes for a thrilling tale of adventure, daring, survival, and romance. Conjuror’s House was twice made into silent films titled The Call of the North, the first being Cecil B. DeMille’s first film in which he received solo directorial credit, and the second starring Noah Beery and Jack Holt (whose face was the basis for the face of Dick Tracy).