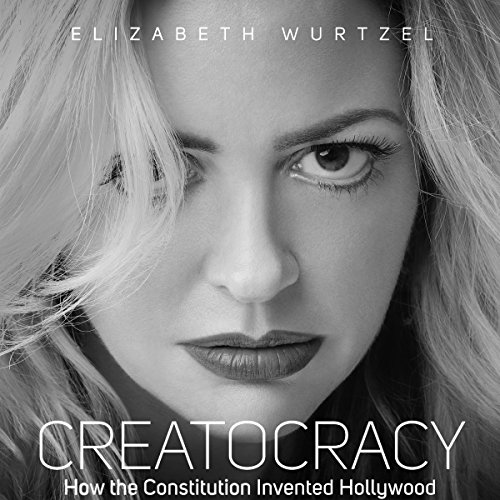 "The defining characteristic of America is our fanaticism: We dream big, we think large, we create grandeur..."

And we created Elizabeth Wurtzel: a celebrated writer who has lent her voice to depression, to women scorned, to addiction, and now to the Constitution of our great states. True to form, Wurtzel brings to life the dry document that framed our nation, homing in on one key feature - the Intellectual Property clause - which she credits for everything cool in our country, from Bruce Springsteen and rock 'n' roll, to Jeff Koons and his stainless steel balloons to half & half in our coffee.

Creatocracy takes everything you thought you knew about pilgrims and their plainly puritanical sensibilities, flips it on its head, throws glitter on it, sets it to a flashy pop score, then throws it a big coming out party. In a movie version of this American origin story, Baz Luhrmann would be calling all the shots. Elizabeth Wurtzel has masterfully written a crash course in American history and the arts, wise and witty, full of humor and insight. This is pop patriotism in audiobook form.

Elizabeth Wurtzel is the author of Prozac Nation, Bitch, and More, Now, Again. She was the pop music critic at New York Magazine and The New Yorker. Her writing has appeared in The New York Times, The Atlantic, The Wall Street Journal, The Oxford American, The Guardian, and many other publications. A graduate of Harvard College and Yale Law School, she is a lawyer at Boies, Schiller & Flexner. Elizabeth Wurtzel lives in Greenwich Village.