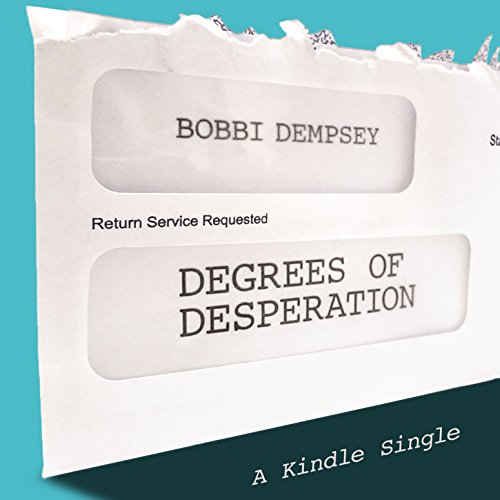 There's a college affordability crisis happening in the US right now. Tuition rates have soared, while increases in blue collar wages have slowed to a crawl. This adds up to a painful realization for lower-income young people desperately hoping to go to college: there's no way to pay for it. Bobbi Dempsey shares her brutally honest first-person account of the struggle to pay for her children's and her own education on a working-class salary.

Growing up in poverty, Dempsey was determined to provide her children with an education to help them escape the family cycle. While trying to get their three children through school, she and her husband each worked several jobs (which often involved dirty and sometimes even dangerous conditions) and went into a panic every time another tuition bill arrived. Growing increasingly desperate, they made some decisions that put their financial future in jeopardy and even resorted to strategies such as collecting aluminum cans to pay for textbooks. Mixing memoir with bits of valuable advice, Bobbi Dempsey takes you inside the emotional and stressful reality for a blue-collar family facing the struggle of paying for college.

Bobbi Dempsey is a writer specializing in money (or the lack thereof), but she greatly enjoys talking to people from all walks of life and sharing their stories. Her work has appeared in The NY Times, Family Circle, and other major publications. She also created a website called BrokeParents.com to share news, advice, and tips of interest to working-class families struggling with tight budgets. She copes with the stresses of life by indulging in her two not-so-secret vices: bad reality TV and awesomely bad 80s pop culture.