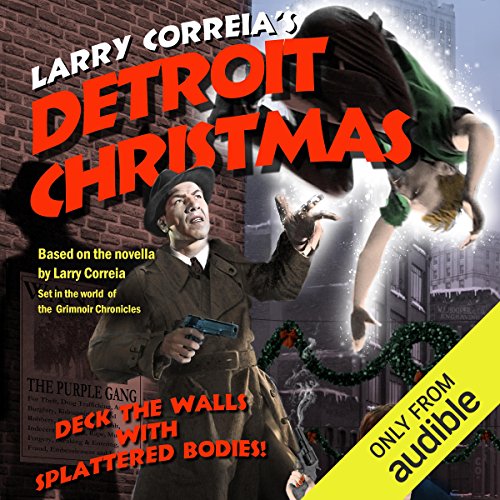 Private eye Jake Sullivan is a war hero - and an ex-con. He's free because he has a magical talent, and the Feds need his help in apprehending criminals with their own magical abilities. Jake's talent is gravity spiking. He can vary the force of gravity however he wishes in an area. When it comes to spiking, Jake is the best.

Now a rich beauty walks into his office to hire Jake to find her missing husband, a magical healer who has ties to the Detroit mob. Jake takes the case, but little does he know that there are plots within plots waiting to ensnare him, and solving the case may require fighting for his life with the odds stacked against him. But Jake is used to that. And now it's Christmas. Time to deck the walls with splattered bodies!