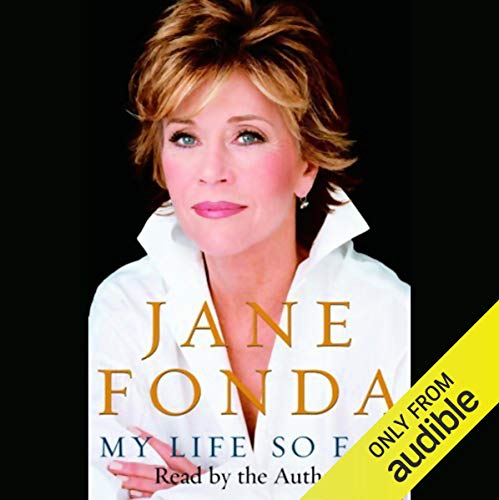 In 1978, while working as a reporter for Rolling Stone magazine, Audible founder and CEO Don Katz wrote a cover story about Jane Fonda. It was the same year she starred in Coming Home (a role for which she won her first Academy Award) and was just after the height of her very public and controversial anti-Vietnam War demonstrations.

In the article, Don Katz wrote that Jane Fonda had grown up in public and that, "No actor in Hollywood had stepped out to the beat of so many drummers and still had a career." Jane Fonda has quoted this line many times since then.

Now, she has a new memoir, My Life So Far, and it has provided Don Katz and Jane Fonda a chance to sit down again to talk about where she has been. In this interview, conducted in a hotel room in New York City, Jane Fonda says that as she enters her "third act" of her very public life, she's eager to share the many observations and hard won insights she has gained about what has motivated her, entertained her, and sustained her during her sixty-seven years.