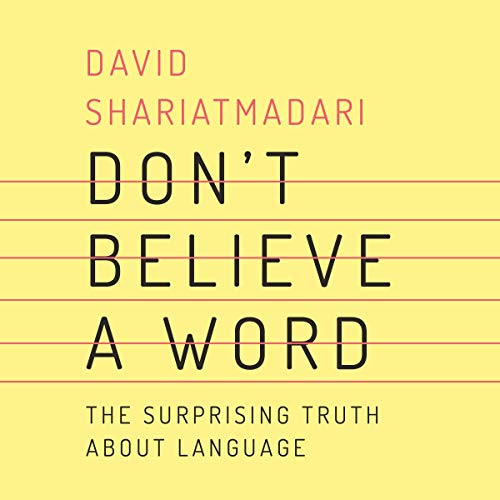 An entertaining and highly informed guide to what languages are and how they function.

Everyone likes to think they know a bit about language: There are some words that you simply can't translate into English. The origin of a word tells you how it should be used. A dialect is inferior to a language.

The problem is, none of these statements are true. In Don't Believe a Word, linguist David Shariatmadari explodes nine common myths about language and introduces us to some of the fundamental insights of modern linguistics. By the end of this eye-opening tour, listeners will understand that grammatical "errors" are in fact the foundation of modern English; that the meaning of a word is not what a dictionary says, but how it's used; and that the difference between what gets labeled a "language" or "dialect" is political, rather than scientific.

Don't Believe a Word offers an accessible and thorough introduction to the science behind one of the most essential aspects of our daily life.