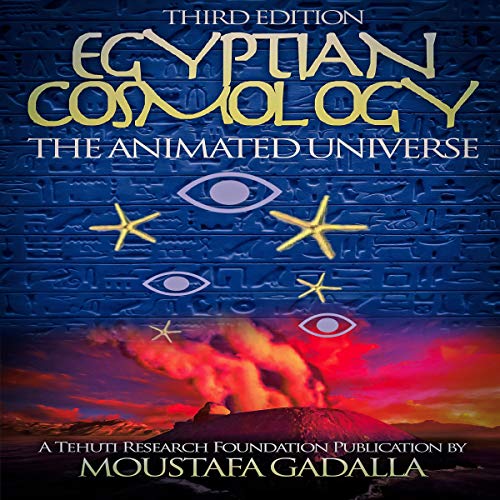 This third edition surveys the applicability of Egyptian cosmological concepts to our modern understanding of the nature of the universe, creation, science, and philosophy. Egyptian cosmology is humanistic, coherent, comprehensive, consistent, logical, analytical, and rational.

Discover the Egyptian concept of the universal energy matrix and the creation process accounts. Hear about numerology, dualities, trinities, as well as the numerical significance of numbers up to the number 10; how the social and political structures were a reflection of the universe; the cosmic role of the pharaoh; and the interactions between earthly living and other realms; how the human being is related to the universe; the Egyptian astronomical consciousness; the earthly voyage; climbing the heavenly ladder to reunite with the source; etc.

This expanded version of the audiobook is divided into five parts containing a total of 21 chapters.