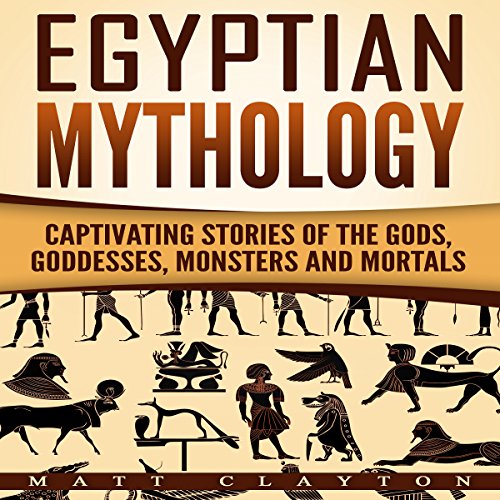 In this audiobook, you will also find factual history as well as insightful information regarding Egyptian mythology.

This audiobook is broken into three parts:

This audiobook is jam-packed with fascinating facts and stories. For instance, it covers perhaps the most popular of all the Egyptian stories - the myth of Osiris. Pieces of this story have been found throughout Egypt. One of the most appealing aspects of the Osiris myth is the human-like behavior of the gods within the story. Many of the other gods of the Egyptian pantheon were rather emotionless and their stories far less interesting. With the Osiris story, the gods display a broad range of emotions that made them more real to mere mortals.

Just some of the questions and topics covered in this audiobook include:

Listen to this audiobook now!