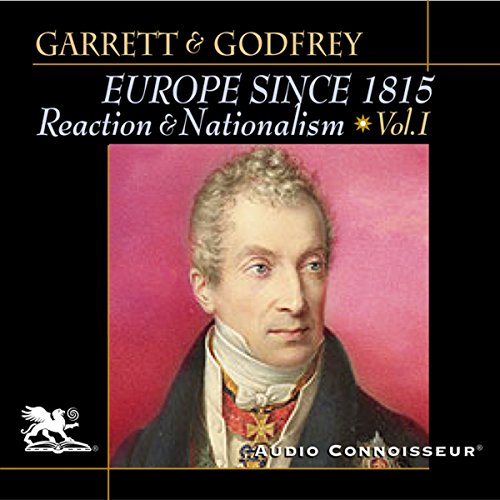 Europe underwent profound upheavals in the decades immediately following the downfall of Napoleon, and that tumult was the result of a series of economic, political and social changes whose origins reached back into the eighteenth century.

Starting with a superbly concise explanation of the Industrial Revolution, authors Garrett and Godfrey explore the intricate series of events that followed on the heels of a conservative reaction to Napoleon's defeat. With varying degrees of success, the victorious Allied powers sought to reinstall monarchy and religious authority throughout Europe. Hovering over this diplomatic finery was the reactionary figure of Prince von Metternich of Austria, a supremely gifted statesman who remained at the center of a glittering aristocratic European stage for 35 years. But the aristocratic reaction could not contain the surging demand of the new middle classes emerging in the wake of the titanic forces unleashed by the Industrial Revolution.

In a series of revolutions and counter-revolutions, Europe became convulsed by one political crisis after another as each kingdom in its turn grappled with the bewildering set of changes and demands that seemingly appeared at every turn. But middle class patriotic fervor could not be denied, and inevitably revolution led to nationalism and the formation of new states like Italy, Germany, Hungary, Rumania, Greece and others.

Despite all the crafty diplomatic initiatives and schemes put forth by Metternich and his conservative comrades, the old monarchies and religious institutions came under increasing pressure from a brash new order of liberal democrats, radical intellectuals, and progressive autocrats. Change was in the air and Louis Napoleon of France, among others, was determined to ride the swirling currents of a divided and aroused electorate to a political position of undisputed power.