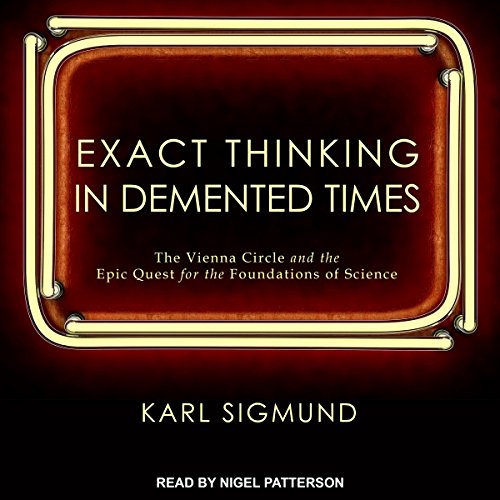 A dazzling group biography of the early 20th-century thinkers who transformed the way the world thought about math and science.

Inspired by Albert Einstein's theory of relativity and Bertrand Russell and David Hilbert's pursuit of the fundamental rules of mathematics, some of the most brilliant minds of the generation came together in post-World War I Vienna to present the latest theories in mathematics, science, and philosophy and to build a strong foundation for scientific investigation. Composed of such luminaries as Kurt Gödel and Rudolf Carnap, and stimulated by the works of Ludwig Wittgenstein and Karl Popper, the Vienna Circle left an indelible mark on science.

Exact Thinking in Demented Times tells the often outrageous, sometimes tragic, and never boring stories of the men who transformed scientific thought. A revealing work of history, this landmark book pays tribute to those who dared to reinvent knowledge from the ground up.