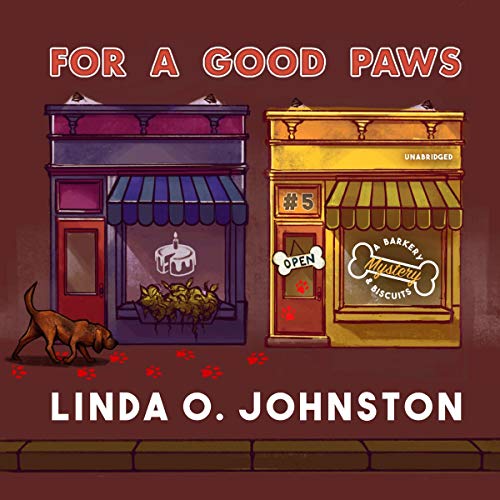 For a Good Paws

Barkery owner Carrie Kennersly is leashed with a tale of two culprits.

When Carrie Kennersley, owner of a two-part bakery that serves tasty treats to both dogs and humans, learns that a local killer is being paroled, she worries that danger will come barking at her door.

Ten years ago, Mike Holpurn was convicted of murdering the first female mayor of Knobcone Heights. Now, shortly after his release, Holpurn puts the whole town on edge by yelling at the former mayor's husband, Henry Schulzer. After Schulzer is found dead, everyone assumes Holpurn is the culprit. But Carrie thinks there's more to the story, especially since Holpurn claims Schulzer was the one who killed the mayor. Carrie is determined to uncover the truth, even if it means things will get ruff.