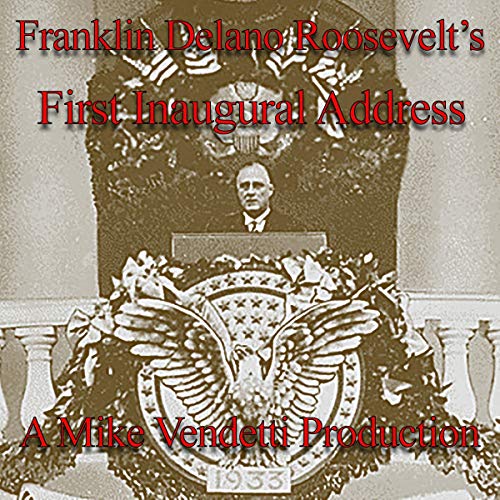 Award winning audiobook narrator Mike Vendetti reads Roosevelt's speech given on Inauguration Day in March 1933. The speech is particularly memorable for its attack on the psychology of the Great Depression. Less memorable but more enduring is the justification that Roosevelt planned to use to expand the power of the federal government to achieve his legislative objectives and thereby ease the effects of the Great Depression. Woven throughout his inaugural address was his plan. He aimed to declare war on the Great Depression and needed all the executive latitude possible in order to wage that war.

For in addition to his famous statement "the only thing we have to fear is fear itself", he also said "I shall ask the Congress for the one remaining instrument to meet the crisis - broad Executive power to wage a war against the emergency, as great as the power that would be given to me if we were in fact invaded by a foreign foe".