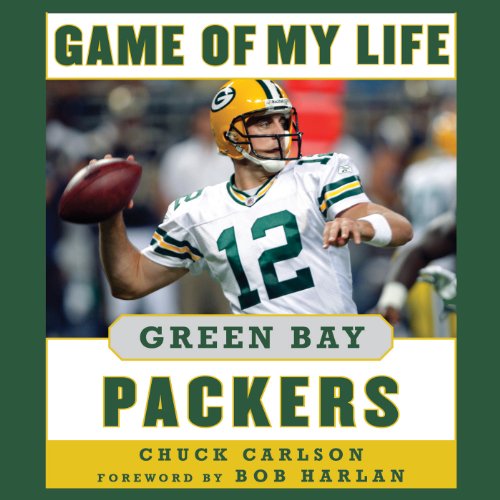 In this newly revised edition of Chuck Carlson’s Game of My Life Green Bay Packers, the greatest men to don that green and yellow uniform talk about the best, the most important, and the most entertaining game they ever played. Was it during the immortal "Ice Bowl" of 1967, when Bart Starr snuck across the goal line in the withering cold of Lambeau Field to beat the Dallas Cowboys? Or was it the NFC championship win over the Carolina Panthers in 1997 that sent the Packers back to the Super Bowl for the first time in 30 years? Maybe it was that mind-bending 48–47 Monday night win over the Washington Redskins in 1983, or perhaps it was one of Green Bay’s four Super Bowl championship victories.

For a franchise with such a long and lyrical history as the Packers, there were thousands of opportunities to play a game that really mattered. Now over 20 of the greatest Packers men open up about that singular moment when it all came together. With contributions from such Packers legends as Brett Favre, Jim Taylor, Chester Marcol, and more, Game of My Life Green Bay Packers is a must-have for any Wisconsin fan.

In 1967, the Green Bay Packers won the National Football League championship in windy, subzero conditions in a game that has come to be known as "The Ice Bowl". On December 22, 2003, one day after his father passed away, the great Brett Favre threw for 399 yards and routed the Oakland Raiders.

Perhaps no other football team has had as many riveting games as the Green Bay Packers. Now, sportswriter and super fan Chuck Carlson asks the players to recount their favorites. Capably performed by Gary Littman, Game of My Life teems with stories from Packer greats Jim Taylor, Chester Marcol, Favre, and many more.