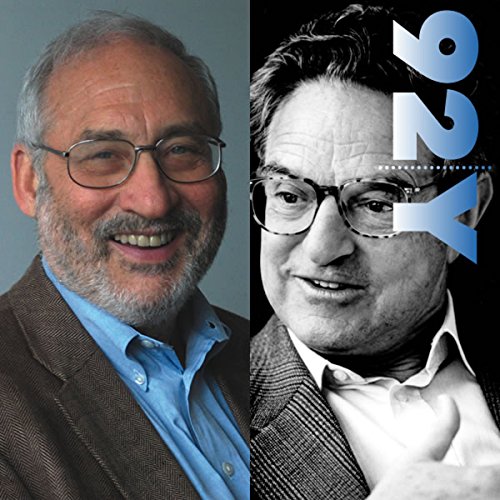 George Soros made billions of dollars anticipating seismic changes in the financial markets and used that money to try to change the world. He discusses what he believes were the fatal flaws of the Bush administration - his antagonism toward which is well documented - and the wider American view of the world.

Soros heads Soros Fund Management and is the founder of a global network of foundations. He is the author of several best-selling books, including a new work, The Age of Infallibility: Consequences of the War on Terror.

Joseph Stiglitz has spent time in dozens of countries, developing policies and answering questions that shape the globalization debate. His recent book is Making Globalization Work. The winner of the 2001 Nobel Prize for economics, Stiglitz teaches at Columbia University.

Jeffrey Sachs is the director of the Earth Institute at Columbia University.

In this episode of Live at the 92nd Street Y, audience members have the pleasure of hearing from two of the 21st century's greatest minds in money. George Soros, a financier, philanthropist, and author has made a fortune in investment banking while Joseph Stiglitz has won the Nobel Prize for Economics. The two men have gathered to discuss America's role in a fast-changing world. Despite the serious topic both Soros and Stiglitz have an easy-going and entertaining manner to them. A worthwhile audiobook for anyone concerned about the future of American economic policy.