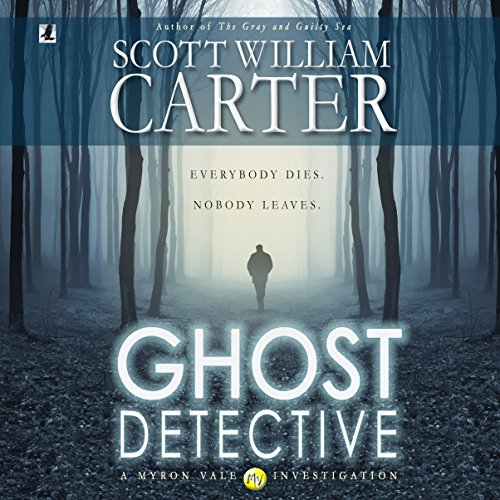 Everybody dies. Nobody leaves....

After narrowly surviving a near-fatal shooting, Portland detective Myron Vale wakes with a bullet still lodged in his brain, a headache to end all headaches, and a terrible side effect that radically transforms his world for the worse: he sees ghosts. Lots of them.

By some estimates, 100 billion people lived and died before anyone alive today was even born. For Myron, they're all still here. That's not even his biggest problem. No matter how hard he tries, he can't tell the living from the dead.

Despite this, Myron manages to piece together something of a life as a private investigator specializing in helping people on both sides of the great divide - until a stunning blonde beauty walks into his office needing help finding her husband. Myron wants no part of the case until he sees the man's picture...and instantly his carefully reconstructed life begins to unravel.