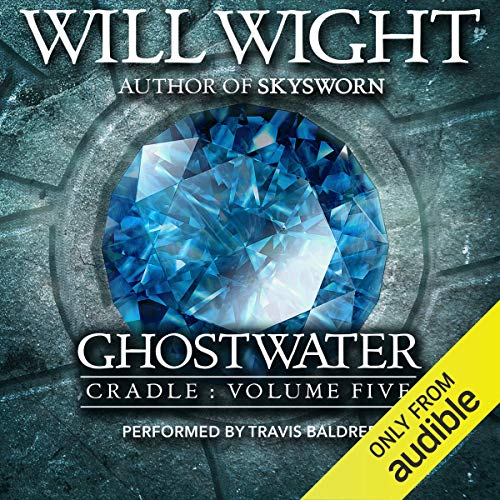 Long ago, the Monarch Northstrider created a world of his own.

This world, known as Ghostwater, housed some of his most valuable experiments. Now, it has been damaged by the attack of the Bleeding Phoenix, and a team of Skysworn have been sent to recover whatever they can from the dying world.

And when the plan goes horribly wrong, Lindon and Orthos find themselves lost in the Monarch’s world alone.

Now, Lindon must brave the depths of this new dimension, scavenging treasures and pushing his skills to new heights to compete with new enemies.

Because Ghostwater is not as empty as it seems.