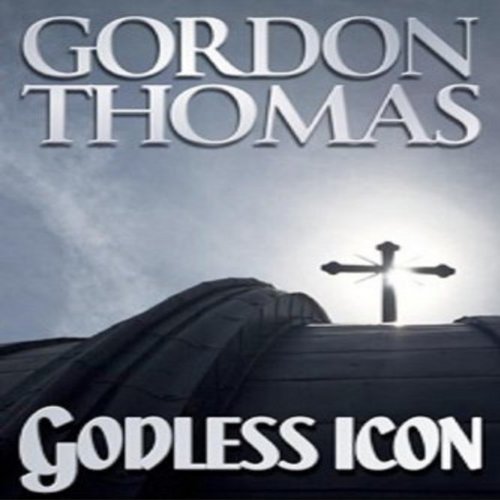 A military troika in Russia, a pastor in California bent on spreading global hatred, and most sinister of all, a powerful Chinese businessman, threaten world peace, whilst in Rome, a dying Pope Nicholas the Sixth strives to unite all the faiths of the world.

In a world ripped from tomorrow’s headlines, we once again meet David Morton, the intelligence agent who emerged as the James Bond for the 90s, in Deadly Perfume.

After the collapse of the Soviet Empire, a military troika is in power. Suspicious of the West, fearful of the Moslem fanatics to the East, the troika plans to ensure that the Republic of Russia emerges as a military superpower. In Rome a very different plan preoccupies Pope Nicholas the Sixth - to unite all the faiths and bring to the world a peace and stability it has never known. But Nicholas is dying from a brain tumor. It is to Julius Enkomo, South Africa’s first black Cardinal, that Pope Nicholas turns, entrusting him with a crucial, secret mission.

In California the pastor of the Church of True Belief, the Reverend Edward Kingdom, uses his satellite to spread global hatred. But the threat of Wong Lee is the most sinister of all. Head of the world’s largest conglomerate, he is powerful beyond belief. Using a mosaic of shard-like details, each meticulously exact, this extraordinary novel explores the dark, turbulent forces which Morton must overcome if he is to destroy the cynical alliance around him. Already compared to Ian Fleming and John le Carre, in Godless Icon Gordon Thomas confirms his reputation as a novelist of stature.

Gordon Thomas is the author of Gideon’s Spies and Secret Wars: Inside British Intelligence. His series of Morton Books continue where his inside revelations about the secret world and secret intelligence began.

This chapter in the ongoing saga of intelligence agent David Morton sees him entangling with a dangerously omnipotent Chinese businessman, despotic religious leader, and a powerful Russian syndicate before they combine to destroy the world. Gary Dikeos has an authoritative, sonorous boom that can be likened to the narration of a movie trailer, and it fits the widescreen scenario concocted by Gordon Thomas. Fans of classic espionage heroes like James Bond and Jason Bourne will be gripped by the exhilarating intrigue and intersecting storylines of Godless Icon.