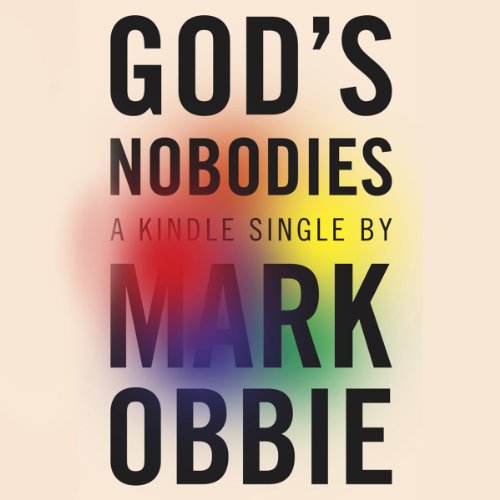 Four years after his father died a hero's death fighting a fire, Tim Ginocchetti was behind bars for killing his mother. How one tragedy led to another is a true story that puts a horrifying twist on the familiar one of bullied gay teens. In this case, the bully was the teen's own mother, and instead of harming himself he killed her in a momentary but irreversible explosion of rage.

God’s Nobodies, written by veteran crime reporter Mark Obbie, exposes the destruction of a meek young man whose only refuge was a childlike fantasy world of his own imagination. His family's blind obedience to their minister compounded the losses, first by turning Pam Ginocchetti against her son, and then by turning the rest of Tim's family against his loving grandmother - the one person brave enough to take a stand for forgiveness and truth after Pam's death.

Through a searing and heartbreaking true-crime narrative, God’s Nobodies teaches profound lessons about tolerance and the human spirit's yearning for independence.

Crime reporter Mark Obbie chronicles the true story of the improbable murder of Pam Ginochetti by her meek, frail son Tim. Flipping the script of most tragic tales of young gay men, Tim expresses his violence not towards himself but to his greatest bully: his overbearing mother. Scott Aiello's dynamic performance enhances Obbie's in-depth research of the circumstances surrounding the Ginochetti saga, including the fervent religious community that clashes with Tim's inner turmoil, and the brave but lonely support that Tim's grandmother gives him. God's Nobodies is a fascinating and heartbreaking true-crime narrative.