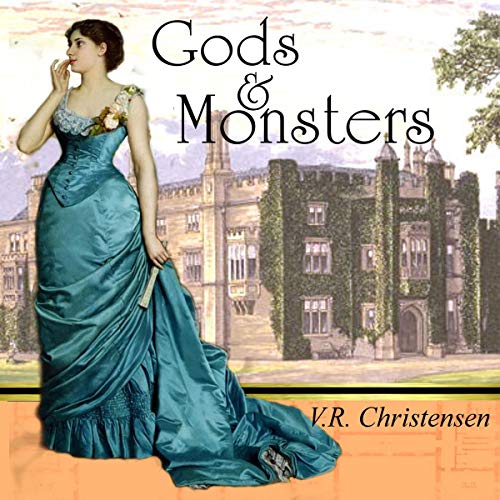 A stand-alone companion to Of Moths and Butterflies and Cry of the Peacock.

As a widower, Nathanial Durham has the monumental responsibility of finding suitable husbands for his two daughters. Flirtatious and changeable, Bethany might have nearly anyone, but she seems determined to toss her suitors away almost the moment they arrive. Laynie, on the other hand, far behind her sister in looks and charm, is of especial concern to her father. And so, when Harold Vaughn returns home to inherit, it seems the problem, at least for one of his daughters, is solved. Only which daughter will it be?

Even his girls cannot quite decide, and so, to cool the rivalry, the sisters are sent to an aunt’s, where they are thrown into the path of other young and eligible gentlemen - and a new rivalry begins.

Meanwhile, Mr. Durham, lonely for intelligent companionship, hires a gentleman to read to him several nights a week, but Mr. Holbrook is off limits to his coquettish girls. With varying degrees of reluctance, they honor the agreement. At least Beth does for herself, but if it's possible, Mr. Holbrook might provide a distraction for her sister while she decides which gentleman she prefers for herself. What harm can there be?

Some, it seems. When Laynie, accident prone and determined to get herself into any fix that comes her way, falls from a horse, she sets in motion a series of events that expose Mr. Holbrook as a man of questionable integrity. Is it possible Mr. Durham’s hired companion is capable of the wrongs laid at his door? Is it possible Laynie has been mistaken in esteeming him as a man of character?

Is it possible to know anyone truly?

Between the manufactured innocence of a young woman and the championed exploits of every man, what happens when the two opposing doctrines collide?