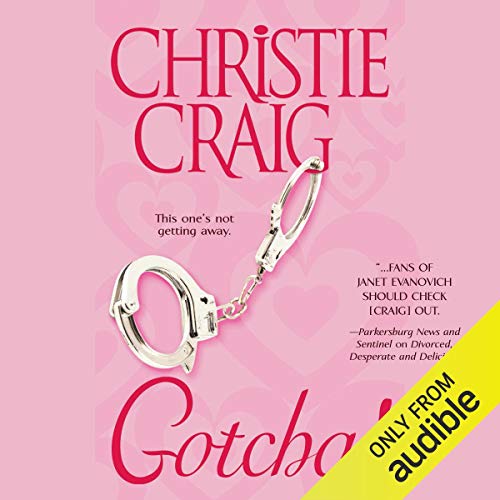 "...Fans of Janet Evanovich should check [Craig] out." (Parkersburg News and Sentinel on Divorced, Desperate and Delicious)

Macy Tucker was five years old when her beloved grandfather dropped dead in his spaghetti. At 12, her father left his family in the dust. At 25, her husband gave his secretary a pre-Christmas bonus in bed, and Macy gave him the boot. To put things lightly, men have been undependable.

That's why dating's off the menu. Macy is focused on putting herself through law school - which means being the delivery girl for Papa's Pizza. But cheesier than her job is her pie-eyed brother, who just recently escaped from prison to protect his new girlfriend. And hotter than Texas toast is the investigating detective. Proud, sexy...inflexible, he's a man who would kiss her just to shut her up. But Jake Baldwin's a protector as much as a dish. And when he gets his man - or his woman - Macy knows it's for life.