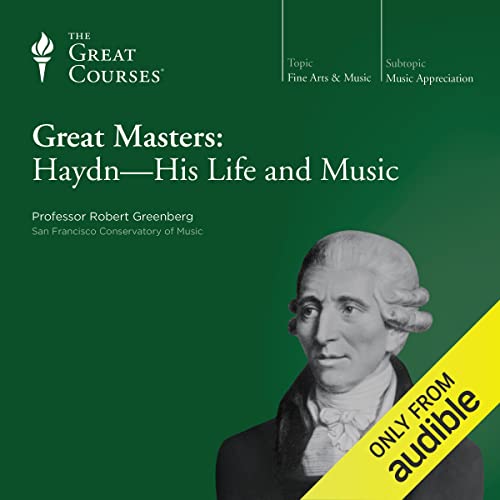 Almost from the moment it was first set to paper, the music of Franz Joseph Haydn (1732-1809) - technically superb, rich in quality, and widely imitated - has exemplified the Classical style, creating not only the Classical-era symphony but setting the standard, through his own 68 string quartets, against which that form has ever after been judged.

And yet Haydn, despite the influence left by more than 1,000 works, seems to no longer get his due, often thought of as an aged figure surpassed and overshadowed by Beethoven and Mozart, who actually credited Haydn, the only contemporary he admired, and with whom he formed a lasting and artistically fruitful friendship, with teaching him how to write string quartets. Even Beethoven, whose relationship with his compositional teacher was troubled and stormy, would never have been able to write his triumphant Ninth Symphony without the influence of Haydn's crowning achievement, the towering 1798 oratorio, Creation.

Now, in a series of eight vivid lectures, you can learn to understand and appreciate the music of one of the most original and influential composers of all time as you explore his origins, influence, and greatest works.